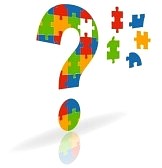 On Tuesday I went to Duke.  I needed to see Dr. Kaylie and get his opinion on what has been going on with me and see if he could help at all.  To tell the truth, I didn’t have much hope, and as it turns out, that was a good thing.

I told him the long drawn out details of this whole ordeal, from me starting to feel so much better and the decline…and all the strange symptoms I’ve been having.  Things that just don’t add up to being just Meniere’s.

He couldn’t tell me why I this was happening, or why I had such a good spell.  He could say, this is not just Meniere’s.  Meniere’s Disease is a set of symptoms.  It should really be called a syndrome, not a disease, as the only way you are diagnosed is by having a set of symptoms, there are test to rule out other things, and there are test that say it is vestibular, but there is no test to say….this is Meniere’s Disease.   I have all of those symptoms….so yeah, I have Meniere’s disease…but I have more symptoms that don’t go with normal Meniere’s.  So what else do I have?  No idea.

Some of my symptoms could come from different things other than my ears. (possibilities….my pulmonary issues are causing me not to get enough oxygen, I may be having orthostatic hypotention issues…ect.)  These are things I need to have looked at first.  I want to make sure that some of these are not making my vestibular symptoms worse.  So, first off, I’ll be seeing a new general practitioner here in Charlotte and getting some test run and getting referrals and such.  I’ll talk more about that as it happens.

Then, if the vestibular symptoms don’t calm down, or go in remission, I’ll most likely be heading to Johns Hopkins Vestibular Clinic to see if they can figure out what is going on.  (I discussed this with Dr. Kaylie, and he agreed that this would be a good place to seek some answers.)

If the vertigo gets so bad that I simply can’t function and see other doctors I will probably be trying to go to Johns Hopkins sooner.

Stuart and I have talked a lot about this and he wants to do anything to try to find some answers.  There would be a big cost to go to Johns Hopkins.  The trip alone would be a big cost. This makes me uncomfortable, and apprehensive, but in the end how could I not go?  How could I turn down the chance to make this better?  Yes it will be expensive and I will feel bad about that, but it could give me the chance to have a more normal life with my husband, how could I turn that down?

Right now, I’m ramping down off of the steroids.  Scared much?  you bet!  However, I’m very happy to find my emotions getting back to normal.  I can’t control the future, so I’m trying hard not to be worried, but I can’t say I’m not.  I’m afraid when I get off the steroids I will start having violent vertigo every day again.

This has really caused a lot of problems trying to heal the herniated disc in my lower back.  I haven’t been able to go to physical therapy on a regular basis.  My physical therapist and I discussed it and put it on hold for a few weeks, I start back on Friday.  Hopefully, I will be able to go back regularly now.  I am supposed to start aqua-therapy on Tuesday.  I know it will help my back a lot, but I haven’t been in a pool in a long time.  I do not know if I will be able to do the aqua-therapy, or if it will actually trigger a vertigo attack.  Guess I’ll find out on Tuesday!   The long ride in the car to and from Duke really caused my back a lot of pain.  I don’t know how it could have caused any more damage, but it caused a lot more pain.  I keep wondering if my inability to sleep well has caused my symptoms to be so much worse.  I have not been able to sleep more than 2 hours at a time since I got hurt.  I do sleep about 8 hours a night, but no more than 2 hours consecutively.   hmmmm…  Wish I could take something for the pain, but that makes the vertigo go crazy, plus, pain medications make me itch and my stomach hurt.  I guess the first thing I need to do is to figure out a way I can sleep more!  Meditation alone has not done the trick….I’m working on it.  (I will say, it’s not just the pain that gets me up every 2 hours, I usually have to pee too.  I have to take something to help keep my ears clear and it causes me to pee a lot…so…yeah, consecutive hours of sleep are hard to come by.)

I’m kind of on an emotional roller coaster about all of this right now.  I’m feeling a bit torn apart that my doctor couldn’t help me, don’t we all feel like that sometimes?  We grow up going to the doctor when we are sick and they make it better, now they can’t make it better and I feel so torn up inside, but I understand, I know doctors don’t know everything.  I just want to be that little girl again that goes to the doctor and gets her medicine and wakes up feeling better.  I actually broke down last night thinking, why can’t he help me?

Then the funny thing is, I am actually much calmer now.  I feel this calm acceptance.  This is how it is.  I don’t have any more answers than I did before, but I feel better somehow.  I now have a plan.  It’s flexible enough to change as things change and that’s good, as I can’t predict how the future will unravel.  I’m taking things as they come.  That’s all I can do.

6 thoughts on “More Than Meniere’s…what’s next”