On Saturday I woke up with my ears feeling very full.  (they normally feel like I have wet cotton in them, but this was worse.)

I noticed I kept having to ask my husband to repeat himself.  (even more often than usual)

These should have warned me, but I didn’t listen.  For the past few months, it hasn’t been unusual for me to have these “warning signs” with out the full fledged attack that follows.

But I was feeling pretty good!  We decided we’d make a trip to the grocery store.  I got dressed, and was sitting on the couch while we finalized our shopping list…and the world moved.  I got some Valium and Phenergan in me, but decided a trip out wasn’t the best idea.

Things settled down, and I settled in for a day of drawing and relaxing.  (forced relaxation, but relaxation all the same)  Stuart decided he’d mow the lawn.  (perhaps I should say, our mini-jungle….it’s been a while since it was mowed, and it’s rained a lot.)  He put his cell phone in his pocket on vibrate so he could feel it if I should call and need him.   I was drawing…relaxing…then I moved…I can’t remember what I was going to do, perhaps go to the bathroom, do something for the dog, get a drink?  I have no idea…but I started to feel bad…really bad.

I called Stuart’s phone…nothing.  I called again…nada.  I knew there was some medication on the bar in the kitchen, if I could just get there.  I grabbed my walker and started on my journey…of just about 8 feet around the couch and to the bar.  I didn’t make it.  But I made it to the window and Stuart saw me.  He walked in the door, and I hit the floor.  He got me some medication, but it was too late. (who knows it may not have worked this time anyway.)  I didn’t feel that bad, really.  I felt like I was having a mini-attack, but would be fine.  Until I started to get off the floor.  I couldn’t do it.  I tried to crawl to the couch.  That wasn’t happening either.  So I lay there behind the couch clutching the carpet…and I panicked.  I tried to stay calm, but the world was going crazy, and I couldn’t get off the floor.  Then the vomiting started….and a headache from hell!  Stuart said, “I’m calling an ambulance.”  I said “NO!”  (oh please, not again, a trip to the ER where they can’t do much…or don’t do much…just not again.)  Stuart was concerned my CSF pressure was dropping too low.  I told him to call Dr. Gray. 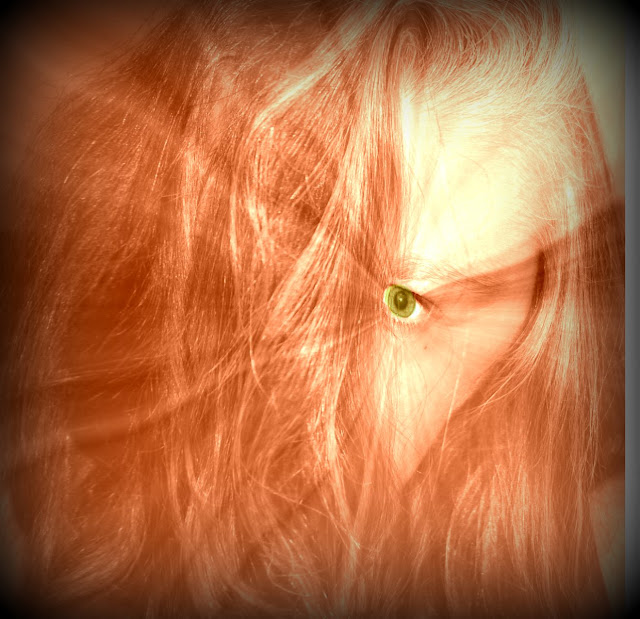 Luckily, the pain and the attack didn’t last very long.  (less than 2 hours I think)  I dozed off for a couple of hours.  When I woke up I was so tired, wanted to brush my teeth, and felt like I smelled like vomit.  We cleaned me up and put me to bed.  That’s when the terror set in.

I was absolutely petrified to go to sleep.  I didn’t feel quite right, and I didn’t want to wake up having an attack.  But it was more than that, I don’t understand it really, but I was scared.   I was also very afraid of being alone.  If Stuart moved, I panicked.  Was he leaving?  Were was he?  I was terrified, and it wasn’t rational.

Since then, my headaches have fluctuated between moderate to severe.  The day after an attack, I always have digestive issues.  I end up in the bathroom a lot.  Every time I had to go, my head would explode.

Stuart and Dr. Gray emailed back and forth, and talked on the phone.  She said to give it a few more days, but she thinks I may be a rare case.  Someone who really has high pressure, but has “blow outs” and by the time she sees them their pressure has dropped because of this.  She treats them for the low pressure, only causing more “blow outs”.  (Please note that I’m getting all of this second hand from Stuart, so I can’t explain it very well.)

I have a question for my fellow Meniere’s sufferers.  When I end up throwing up because of an attack it’s much worse than when I’ve thrown up because of other things.  (like the flu, food poisoning…or having a bit too much to drink..)  It’s violent.  I gag so much, I can’t breathe, it’s so scary.  My stomach hurts so much, and I constantly feel like I have to go to the bathroom too.  This time I had such violent spasms that my jaw popped.  It was so painful, my mouth was trying to open further than it should.

So my question is:  Does anyone else feel that when you get to the throw up stage during an attack that it’s worse than other times you’ve had to throw up?

I swear it’s so horrible I would do anything to stop it.  All I want to do is die during these attacks….just make it stop.

Why can’t they fix us?  Why can’t they at least figure out how to control the symptoms?  I know my doctors are working on it…but I’m having a hard time just watching life pass me by while I wait for someone to help me.

Don’t get me wrong.  I’m very grateful that I had nearly 5 months of being virtually symptom free.  This is the first severe attack I’ve had since January!  I’m very happy about that, and it does give me hope.

I am also so very grateful that I have the support of my husband.  I have such respect for those of you who have to endure this without help.  I had Meniere’s before I met Stuart, but it’s gotten much worse in the past few years.  I have been through attacks alone.  It was terrifying…and at the time I didn’t know what it was.

Stuart really helped during this attack simply by talking to me the whole time.  Telling me how much he loves me.  Repeating soothing words over and over.  I honestly think this attack would have lasted longer if he hadn’t been there to help calm me down…and take care of me.